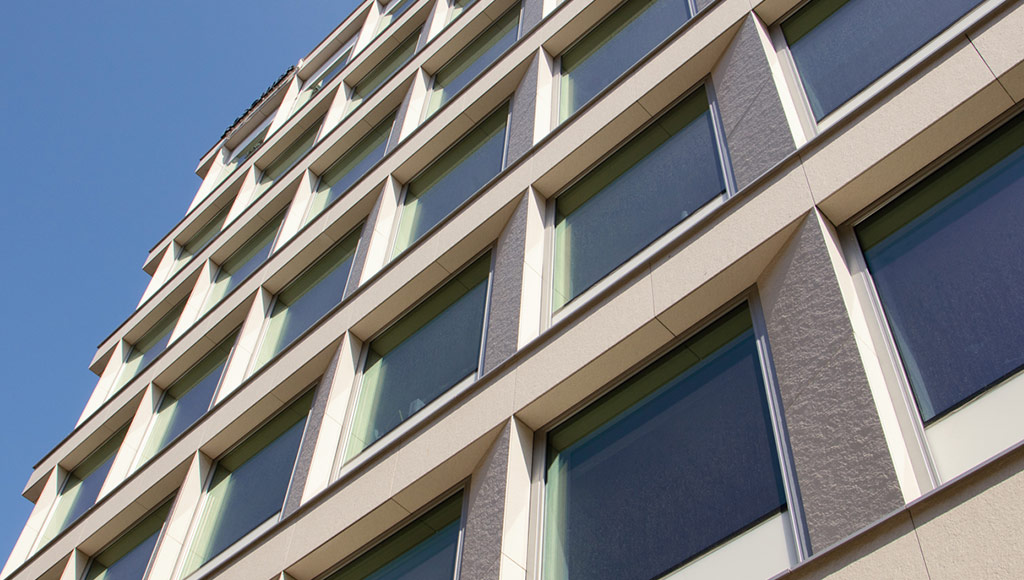 Trends on the Finnish and Swedish real estate markets

The Finnish and Swedish real estate markets have experienced record-breaking investment volumes and have managed to show resilience to the Covid pandemic as well as to the initial phase of the Ukrainian war. However, during the summer of 2022, a slowdown in the Nordic real estate transaction market could be observed. In this article, our experts outline the development on the real estate market and discuss the changes.

1. Change in the macroeconomic situation

The Nordic real estate markets have experienced record-breaking investment volumes and have managed to show resilience to the Covid pandemic as well as to the initial phase of the Ukrainian war. For the first six months of the year, Finland recorded a total investment volume of approximately EUR 4.4 billion. Similarly, the Swedish real estate transaction market recorded a healthy H1/2022, with the transaction volume surpassing SEK 100 billion.

However, the macroeconomic situation across Europe is changing rapidly and, during the last few months, the market outlook has been characterized by notions of high inflation, a tightening of monetary policy, rises in the cost of capital, escalations in the war in Ukraine, recession worries and greater uncertainty in forecasting the future.

While both the Finnish and the Swedish economies are projected to finish the year with a positive GDP growth and most forecasters also project a healthy annual real estate transaction volume, the fluctuating situation is impacting this sector as well. In this article, we explore some recent legal and commercial trends in the Finnish and Swedish market. Given the connectedness of the economies and shared drivers, most of the developments are visible in both countries, although some differences also exist, as noted below.

During the summer of 2022, a slowdown in the Nordic real estate transaction market could be observed. As uncertainties spread across Europe in the wake of the change in the macroeconomic situation, transactions have been delayed, put on hold or discontinued altogether (even in the exclusivity phase). Many of these paused or discontinued deals are currently in limbo, waiting for further clarity on market developments, while (especially in Finland) some deals are back on the market with the hope of finding a new prospective buyer.

Inevitably, valuations and pricing have become the talk of the hour, with investor-buyers seeking significant price reductions, even at a late stage in the transaction process. Naturally, negotiating down the price fixed in the LOI runs the risk of the prospective buyer no longer having exclusivity or, at minimum, the transacting parties’ relationship being detrimentally affected by a lack of trust, but some sellers have also been observed to have shown a more sympathetic approach to such demands.

All in all, this could be taken as a sign of a shift from a seller’s market to a buyer’s market. While there probably is some truth to that, it should also be viewed in a broader perspective. Although valuations and pricing may be changing, many sellers on the market are likely to reap benefits from a strong and bullish market in recent times. In other words, many sellers can afford a price chip today, but perhaps less so in six- or twelve-months’ time.

As the issue of valuations and pricing has risen to prominence due to the macroeconomic change, the area of due diligence also seems to be increasing in importance. The due diligence process allows investor-buyers to identify and assess risks before assuming ownership of and control over the asset, potentially avoiding losses in the future. Also, in this generally hesitant market, some buyers may wish to raise DD red flags more eagerly than before in preparation for further price chip discussions.

On the stock market side (which has been particularly active in Sweden in recent years), the valuations of listed companies have declined steeply this year and most of the companies are currently trading at a discount to NAV. Some of the companies have already had to resort to major divestments of assets to keep their net debt at an acceptable level, and it will be interesting to see if the lower valuations will attract increased PTO activity going forward.

In general, acquisition financing is still available. However, the interest rates and pricing for bank loans and other debt instruments are going up. Nordic banks have become more selective, often focusing on existing relationships and preferring less risky assets. Banks are also more cautious about the leverage and, consequently, LTV levels are going down. If the market predictions hold true and investment activity continues, it will be interesting to see whether alternative financing providers and financing structures, such as vendor notes, will gain further traction in the market.

Rising financing costs also put pressure on investors’ yield requirements. This is especially challenging in those sectors where the yields have already been low at the outset and where it may be difficult to push all effects of inflation to rents, such as residential properties.

In Sweden, the pressure on the residential sector is increased by the regulations relating to new-builds, as we have recently pointed out in our article, which can be found here.

Given the uncertainty in the market and the unpleasant possibility of wasting valuable time, cost and momentum on a prematurely terminated process, deal security has risen in importance for the sellers, meaning that the bidder with the highest bid has not always ended up with exclusivity. New market entrants need to focus on creating comfort on the execution capabilities. Both in Finland and Sweden, limited auctions and quasi-off-market-processes have increased as sellers are proceeding carefully and testing the market and the most promising buyers before making a go/no-go decision on whether to proceed to larger marketing efforts.

For several years, making closing of a transaction conditional upon the purchaser’s financing has been unacceptable to most sellers. However, the “financing out” CP is starting to become less of an anomaly, as some sellers become sympathetic to buyers’ financing challenges.

Both Finland and Sweden have experienced a construction boom in recent years, which has been facilitated by low capital costs and a relatively stable increase in construction costs. Further, with the high amount of capital to be deployed and scarcity of available assets, buyers have striven to lock in the investment as early as possible. This has paved the way for an upsurge in forward acquisition structures in recent years. Forward acquisitions can be structured either as a forward purchase (whereby the deal is closed and the construction costs paid only upon completion of the construction works) or forward funding (whereby the deal is closed prior to completion of the works and the construction costs are typically financed by the investor-buyer in installments as the works progress).

In any case, a robust selection of a development partner as well as careful drafting of the transaction documentation, including sufficient safeguards in the event the developer experiences difficulties, are recommended in the current market environment.

ESG has been one of the buzzwords in the industry for years, but recent developments have given this area an additional boost and there are plenty of urgent areas within ESG to address. For instance, real estate currently accounts for ca. 40% of global carbon emissions, and recent natural disasters across the globe demonstrate that property owners and developers need to take action. Further, the energy crisis in Europe has resulted in urgent initiatives on energy savings and sustainable production methods. Linked to this, for example the Finnish transmission operator Fingrid has issued warnings on potential rolling electricity transmission stoppages especially during the high-consumption winter months, necessitating various preparation plans from property owners. Overall, sustainability regulations, such as EU taxonomy, are becoming stricter and more widespread in application.

All this has an impact on the market, and, if ESG requirements are increasingly applied by international investors, this may, for example, limit the number of suitable targets and increase the demand for newly-constructed properties.

Given the current geopolitical climate, most European countries are placing greater emphasis on national security matters. Finland and Sweden are no exceptions in this regard. For example, in Finland, in addition to the general FDI screening regime, a few years ago the Government enacted legislation specific to the real estate sector, whereby asset deals with non-EU parties as buyers in most cases require a permit from the Finnish Ministry of Defense and the Government also has a pre-emption right in respect of properties critical to national defense. A more detailed overview of the FDI trends can be found here. It remains to be seen whether the current security situation will lead to any delays in processing these permit applications or increased use of the state’s pre-emption right.

3. Projections for the year ahead

What seems to be the common viewpoint for sellers and buyers today is the uncertainty about future growth prospects. In some cases, this makes sellers want to divest and accept a price chip now. However, we have also seen sellers rejecting a price chip and holding on to the assets instead.

Despite all the current uncertainties, we are still observing a strong appetite for real estate investments in Finland and Sweden. In recent years, there has been a larger inflow of international capital to both countries, quite often from all-equity investors. As also reported in the press, this upward trend continues today as investor-buyers seek portfolio diversification by entering the Nordic market. We have not identified any effects on the Nordic real estate market resulting from Finland’s and Sweden’s pending NATO applications. However, it can be assumed that the completion of the remaining ratifications by the NATO member states will have a positive impact in this respect.

We believe that the next six to twelve months will see a relatively high transaction volume, mainly driven by portfolio diversification demands from sellers and buyers alike, by many investors still having plenty of undeployed capital seeking opportunities and by liquidity shortages facing leveraged sellers. Amidst all the uncertainties, we believe there are good market conditions for a fast-paced and dynamic transaction environment as long as a clear and precise focus on risk mitigation is retained. 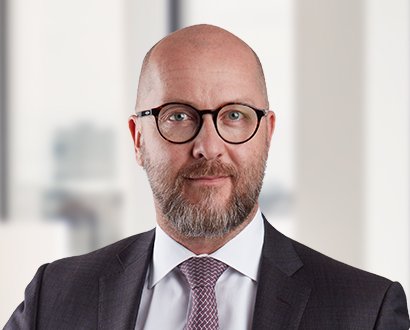 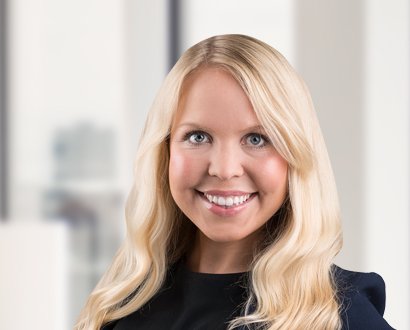 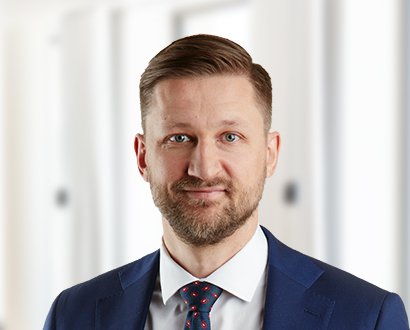 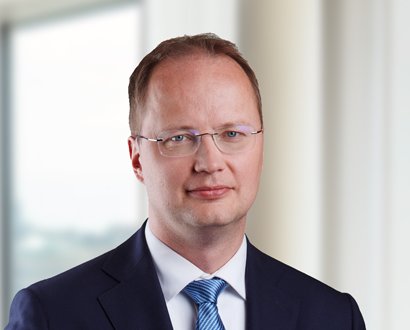 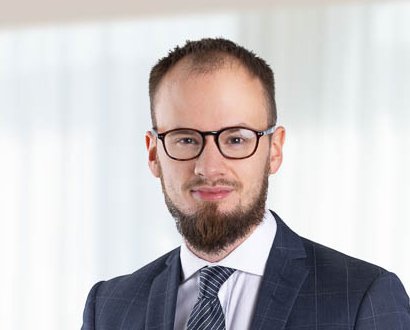