Registrability of slogans as trademarks

Following judgment T 253/20 of the General Court of the European Union relating to the registrability of Oatly AB’s slogan IT’S LIKE MILK BUT MADE FOR HUMANS, the discussion around slogans as trademarks and challenges to their registrability due to lack of distinctiveness has come up once again. Our experts have taken a closer look at how and if slogans can be registered as trademarks and the possible implications of that.

A slogan is objectionable under Article 7(1)(b) of the European Union trade mark regulation (EUTMR) when the relevant public only perceives it as a mere promotional formula. Based on this, a vague slogan is more likely to be distinctive because it usually requires more effort or interpretation from the relevant public not to perceive the slogan solely as an informative message about the goods and services for which the protection is sought.

Background to the discussion

Slogans can be considered as short and striking memorable phrases that are usually used in advertising to promote a particular brand. Since they can be of great value to the brand, companies want to protect this value by applying trademark protection. However, under trademark law, slogans are easily found not to indicate the commercial origin of the goods or services, which is the essential function of a trademark. Therefore, registration of slogans is often refused due to lack of distinctiveness.

For a trademark to possess a distinctive character, it must serve to identify the goods in respect of which registration is applied for as originating from a particular undertaking and, in this way, distinguish those goods from the goods of other undertakings. This distinctive character must be assessed, first, by reference to the goods or services in respect of which registration has been applied for and, second, by reference to the relevant public’s perception of the mark.

The threshold for distinctiveness is the same for slogans as for other word marks. It has been specifically stated in settled EU case law (such as in case C-398/08 P, Audi) that it is inappropriate to apply stricter criteria to slogan marks than those applicable to other types of marks. Furthermore, simply using a mark as an advertising slogan does not prevent it from being registered as a trademark. However, the relevant public’s perception is not necessarily the same in relation to each of the different categories of marks and it may be more difficult to establish distinctiveness in relation to slogans than in relation to general word marks.

In case C‑311/11 P Smart Technologies, the General Court found that a slogan mark can be perceived by the relevant public both as a promotional formula and as an indication of the commercial origin of goods or services. Therefore, as long as the public perceives the mark as an indication of that origin, the fact that the mark is at the same time understood, and perhaps even primarily understood, as a promotional formula has no bearing on its distinctive character.

In its case law, the Court of Justice of the European Union has set out the criteria for the assessment of distinctive character and these criteria are also referred to by the EUIPO in its guidelines and used when assessing the distinctive character of a slogan (C-398/08 P, Audi and T-523/09, Smart Technologies). The distinctiveness of an advertising slogan is likely when it constitutes “a play on words, and/or introduces elements of conceptual intrigue or surprise, so that it may be perceived as imaginative, surprising or unexpected, and/or has some particular originality or resonance, and/or triggers in the minds of the relevant public a cognitive process or requires an interpretative effort”.

Furthermore, unusual syntactic structures and/or alliteration, metaphors, rhyme or paradox may assist in finding that a slogan possesses distinctiveness. However, at the same time, it is settled case law (C-398/08 P, Audi) that an advertising slogan cannot be required to display ‘imaginativeness’ or even ‘conceptual tension which would create surprise and so make a striking impression’ in order to have the minimal level of distinctiveness. In reality, however, without imaginative elements, there is a higher risk that the relevant public will not immediately perceive the mark as an indication of the commercial origin of the goods and services covered by the mark but only as a laudatory promotional formula and, thus, devoid of distinctive character.

Goods covered and the relevant public

With regard to the slogan IT’S LIKE MILK BUT MADE FOR HUMANS and Oatly AB winning the case, the court highlighted the importance of assessment of the relevant public. The General Court agreed with Oatly AB and considered the general public’s perception of the mark to be reasonably well-informed, without any extreme or minority opinions considering that the relevant goods were everyday consumer goods. This was different to the Board of Appeal’s view that the mark covering foodstuff akin to milk would be regarded as a laudatory promotional slogan, highlighting only the positive aspect of the goods specifically made for, and apt for human consumption by, consumers who suffered from lactose intolerance or an allergy to milk or who were vegans.

Oatly AB argued that the relevant slogan questions the relevant public’s perception of milk as a substance intended for human beings by raising the controversy that milk is unfit for human consumption and, for this reason, the slogan as a whole would be considered original, imaginative, paradoxical, surprising, thought-provoking and unexpected.

The General Court agreed with Oatly AB’s arguments and stated in the judgment that the slogan mark conveys a message which is capable of setting off a cognitive process in the minds of the relevant public making it easy to remember and which is consequently capable of distinguishing the applicant’s goods from goods which have a different commercial origin. Following the decision of General Court, the case was transferred to the Grand Board on the grounds that the slogan could raise issues with regard to deceptive character, unfair competition and compatibility with labeling rules. Thus, the assessment of the matter continues.

The criteria established by settled case law as regards the distinctiveness of slogans can be considered fairly coherent, but the ultimate difficulty is getting the balance right between conveying the message, which is often laudatory when considering the meaning of promotional slogans from a marketing perspective, and not transforming the message too much in order to get the slogan registered.

Even though particular imaginativeness or thought-provoking elements are not necessary when considering trademark protection for slogans, they usually need elements that harness the thought process. It follows that slogans only highlighting the positive (or negative) aspects of the goods and services directly are often deemed to be too informational and, thus, lacking in distinctiveness. The more surprising or provoking the combination of words used in the relevant slogan, the higher the probability that it will be registered, which would not be the case for slogans of a more informational nature. 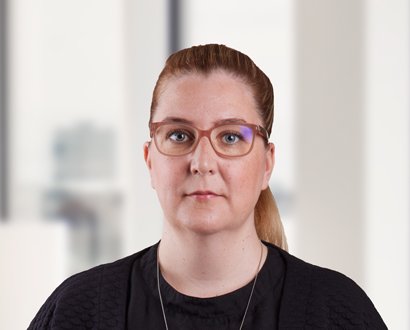 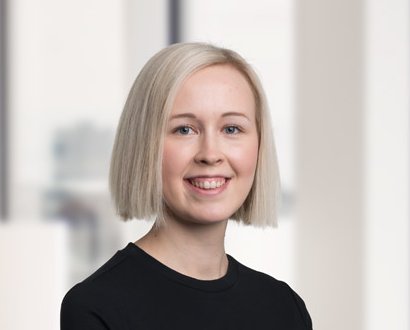