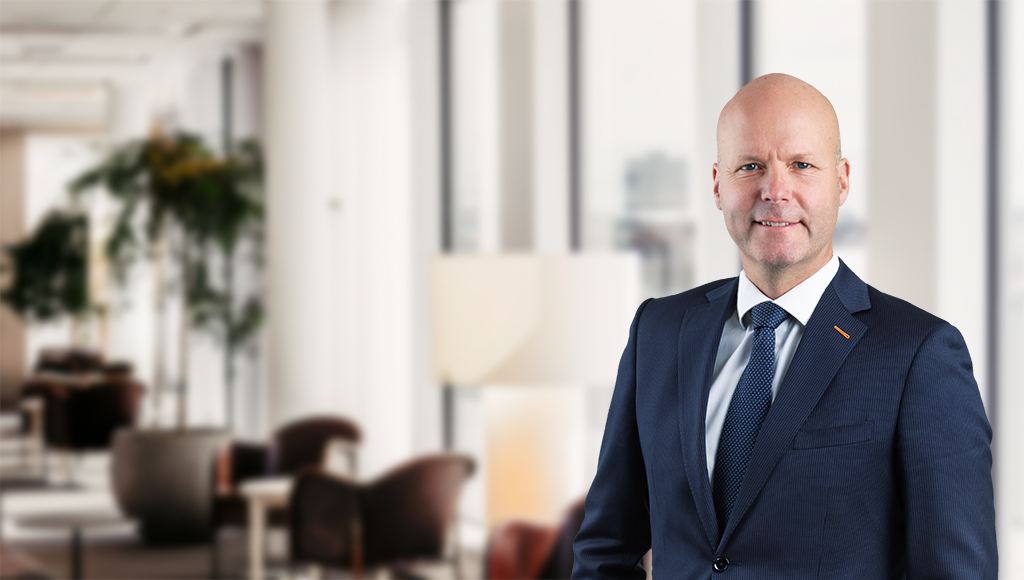 Johan Sidklev is the Chair of the Board of Roschier.

Johan heads Roschier’s Dispute Resolution practice and is the co-Head of the Corporate Compliance & Investigations practice in Sweden. Johan is specialized in commercial dispute resolution with extensive experience from international arbitration, often concerning energy-related disputes involving parties from Russia or CIS-countries. He has acted as counsel in some of the world’s largest arbitrations seated in Stockholm, London and Paris involving oil, gas and construction matters. In the area of investment arbitration Johan has experience from arbitrator’s appointments as well as advising both private investors and various governments as counsel, inter alia in matters concerning the Energy Charter Treaty and various bilateral investment treaties.

Johan is the presiding President of the Swedish Arbitration Association (SAA) and a member of the board of the Arbitration Institute of the Stockholm Chamber of Commerce (SCC). He recently served on the Rules Revision Committee for the new 2017 SCC Rules. He is appointed by the Kingdom of Sweden to the ICSID Panel of Arbitrators, maintained by the World Bank. He also serves on the Legal Advisory Task Force on Investment Protection at the Energy Charter Secretariat and he is an Executive Committee Member of the Russian and CIS Arbitration Network (RCAN). Johan has been the Headmaster of the SCC/SAA Arbitrator Training Program and has been a long-standing board member of Young Arbitrators Sweden.

Johan is regularly appointed as arbitrator in both national and international disputes. He is also frequently engaged as speaker and moderator at various conferences and is lecturing on international arbitration and investment protection law at Stockholm University.

In addition to his Swedish LL.M. degree Johan has studied at Fordham Law School in New York (2005) and the University of Miami (1994).

Johan is recognized as one of the leading experts in Sweden within dispute resolution by international directories such as Chambers Global, Chambers Europe, The Legal 500, Who’s Who Legal and Benchmark Litigation. In addition, Johan is the exclusive winner of the Benchmark Litigation Europe Award 2021: the Dispute Resolution Lawyer of the Year for Sweden.

Clients describe Johan as “an outstanding lawyer with vast knowledge and experience to benefit his clients” and continues “he can guide your legal case with exceptional knowledge and attention to every detail” (The Legal 500, 2022). They further describe him as “a great litigator, strategist and presenter. His international litigation experience and deep knowledge of the Swedish legal system makes him an invaluable asset for any legal team in complex litigation proceedings.” (The Legal 500, 2020). Johan is further described by clients as “an outstanding arbitration partner – great to work with, bright and a strategic thinker.” (The Legal 500, 2020) as well as having “excellent legal skills, wide experience of dispute resolution and great analytical skills. I appreciate that I as an in-house counsel feel comfortable with his analyses and assessments.” (The Legal 500, 2020). Clients also describe him as “a well-connected and experienced lawyer” (Chambers Global, 2022) and “a thoughtful strategist” (The Legal 500, 2021), as well as “very precise and straightforward.” (Chambers Europe, 2020).

“Security for Costs in the SCC Rules”, Finances in International Arbitration, 2019

Speaker, “Arbitration in the Nordics” – a cross-border seminar on different trends in Nordic arbitration, Oslo, February 2015

Speaker, “The Role of Law in International Arbitration”, conference organized by Stockholm University, May 2014

Speaker, “Arbitrating with States or State-Parties – Does Sovereign Immunity Extend to Interim Measures of Protection?”, a conference on Mastering Challenges in International Arbitration organized by ICAL Alumni Association, UNCITRAL, SCC, SAA and Stockholm University, Stockholm, May 2013

Speaker, “What Legal and Other Sources are Applied in Arbitration in Sweden?”, a seminar organized by the Swedish Arbitration Association, Stockholm, November 2011

An outstanding lawyer with vast knowledge and experience to benefit his clients. He can guide your legal case with exceptional knowledge and attention to every detail.