Precedent from the Finnish Supreme Court: violation of a Union trademark or design right is not punishable as an intellectual property offence in Finland

According to Chapter 49, Section 2 of the Criminal Code of Finland, a person who, in violation of the Trademark Act, the Registered Designs Act, the Act of the Protection of Semiconductor Topographies, the Utility Models Act or the Plant Variety Rights Act and in a manner conductive to causing considerable financial loss to a person holding a right, breaches the right to a trademark, the exclusive right conferred by a patent, the right to a registered design, the right to a semiconductor topography, the right to a utility model or a plant variety right shall be sentenced for an intellectual property offence to a fine or to imprisonment for at most two years. The statutory definition does not mention the breach of Community Trademark regulation 207/2009 (hereinafter CTMR, which was still applicable in the case at hand) and Community Design Regulation 6/2002 (hereinafter CDR) as grounds for an intellectual property offence, and the Finnish Supreme Court has now confirmed what that means for a violation of rights based on CTMR and CDR. 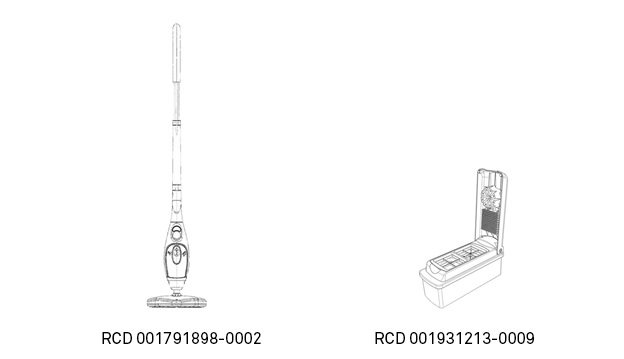 A and B were charged with two intellectual property offences for importing 1000 steam mops and 1320 choppers that were copies of C Inc.’s H2O MOP mops and D GmbH’s Nicer Dicer choppers and infringed complainants’ trademark and design rights according to CTMR and CDR. The infringed rights were EUTM registrations Nos. 1063367, 6379581, 005305529, 011166171 and 1199152 and RCD registrations Nos. 001791898-0001 – 0009 and 001931213-0001 – 0009, and the Helsinki District Court deemed proven that the infringements were intentional. The District Court considered that CTMR and CDR are comparable to the Finnish Trademark Act and Registered designs Act, so it regarded CTMR and CDR as falling within the scope of the criminal provision. Consequently, the District Court sentenced A and B to pay a fine for two intellectual property offences and ordered the confiscated infringing products forfeit to the State.

A and B appealed the District Court’s decision before the Helsinki Court of Appeal which overruled the District Court’s decision and dismissed charges on the grounds that the CTMR and CDR did not contain any criminal provisions, wherefore a Community Trade Mark (CTM) and a Registered Community Design (RCD) could not be considered comparable to the national rights in relation to criminal sanctions. In consideration of the principle of legality, the Court of Appeal held that it was not possible to interpret Chapter 49, Section 2 of the Criminal Code to cover a violation of CTMR and CDR.

The public prosecutor appealed the decision before the Supreme Court claiming that an intentional violation of CTMR and CDR should be punishable under the Criminal Code. A leave of appeal was granted, and the Supreme Court reasoned as follows:

According to Chapter 3 Section 1.1 of the Criminal Code of Finland, a person may be found guilty of an offence only on the basis of an act that has been specifically criminalized in law at the time of its commission. According to the preparatory legislative materials, the principle of legality means, inter alia, that a Court cannot interpret the letter of law beyond its literal meaning when applying penal provisions, because the outcome of interpretation must always remain foreseeable.

The Supreme Court found that the wording of the provision on Intellectual property offence in the Criminal Code is clearly narrowed down to the violation of certain national laws, so the violation of CTMR and CDR cannot be punishable on the basis of the Criminal Code per se. Furthermore, the Trademark Act and Registered Designs Act do not contain any such provision on the grounds of which they could be applicable to the Community Trademark and Community Design in a manner relevant for criminal liability. Therefore, the potential criminal liability for a violation of a CTM or RCD should be based on other provisions, if any.

The Supreme Court took note of the fact that the European Court of Justice has ruled that Member states are obligated to make sure that a violation of a “Union right” is sanctioned on the same conditions as the violation of a national right (judgement of 20th December 2017, Vaditrans, C-102/16, EU:C:2017:1012, paragraph 55 and judgement of 10th July 1990, Hansen, C-326/88, EU:C:1990:291, paragraph 17). Nevertheless, the Supreme Court noted that, according to established case law of the CJEU, a Union directive or regulation cannot, of itself and independently of national legislation, have the effect of determining or aggravating criminal liability (judgement of 20th December 2017, Vaditrans, C-102/16, paragraphs 56 and 57). Therefore, the Court concluded that criminal liability cannot follow from CTMR and CDR alone.

It has been widely acknowledged in Finland that the Criminal Code is inadequate in this respect, and it is expected to be amended in the context of the Finnish Trademark law reform currently in progress. The draft proposal for a Government Bill to the Parliament for a new Trademark Act has already been prepared, and the proposal also addresses the need to amend the Criminal Code as far as a violation of EUTMR is concerned. The current proposal still fails to address the violation of CDR, but this deficiency has been raised in statements given on account of the proposal, so hopefully the deficiency will be corrected before the amendment enters into force.