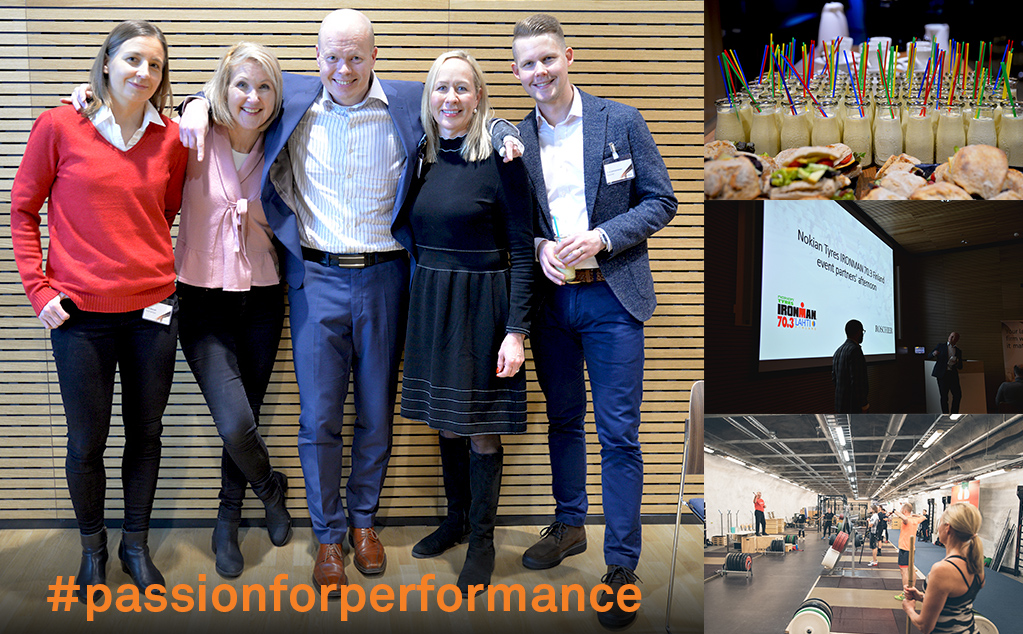 End of January Roschier co-hosted an event partners’ afternoon in preparation for the upcoming Nokian Tyres IRONMAN 70.3 Finland triathlon race in Lahti in June 2018. The event was opened by Mikko Manner, Partner and Head of Roschier’s Helsinki office, who welcomed the attendees to Kasarmikatu 21, the address to which Roschier will relocate later this month. Antti Hagqvist, Sales and Marketing Director of the race, who acted as moderator at the event, led the animated discussions following the presentations given by an eminent speaker roster including Hille Korhonen, CEO and Antti-Jussi Tähtinen, Marketing and Communications Director from Nokian Tyres, Tiina Boman, ex-triathlete and the Director of the Nokian Tyres IRONMAN 70.3 Finland, Raija Forsman from Lahti Region Oy, Tuukka Vartiainen from IBM Finland, and Tero Jormanainen, Partner from Roschier.

In their presentation, Hille Korhonen and Antti-Jussi Tähtinen, representing Nokian Tyres, the title sponsor of the Finnish race, explained the reasons for the sponsorship and the company’s plans to utilize their CEO Hille’s personal brand as a passionate triathlete in order to target their audience in North America. According to Fortune, 65% of the most powerful women have one thing in common: an interest in sport. Since sport and an active lifestyle have an enormous impact in the US, the decision to capitalize on Hille Korhonen’s brand made sense. “I cannot deny that promoting my personal brand wouldn’t be a challenge, but when it is a prerequisite for the success of the company, then you do it,” Hille Korhonen commented in her presentation.

Tiina Boman shared the insights into the Nokian Tyres IRONMAN 70.3 Finland race from the organizers’ perspective, and Raija Forsman presented Lahti and the Lahti region to the audience as a place for both winter and summer sports. Antti Hagqvist shared his bold vision on the growing interest in triathlons in Finland, followed by Tuukka Vartiainen, who demonstrated how AI and other technologies can assist in developing that vision.

In his presentation, Tero Jormanainen described the #passionforperformance concept that has been kicked off at Roschier late last year. Under the umbrella of #passionforperformance, Roschier aims to offer different activities for clients, students and its own staff. Examples include monthly training sessions with clients, trial sporting and other activities for employees and, ultimately, participation in the triathlon race in Lahti for those who are interested in challenging themselves further.

The afternoon ended with a well-attended functional training session at Tempaus Areena in Hakaniemi.