Whereas the public sector remains subject to the public procurement regime irrespective of the ongoing COVID-19 outbreak, the procurement regulations do provide exceptions to the main rules, aimed to facilitate the current, extraordinary situation.

The world is facing an unprecedented challenge with COVID-19, which, for a public authority might mean, among other things, an urgent need to procure contamination equipment, medical equipment or other goods or services necessary to cope with the pandemic. Alternatively, existing public contracts may need to be modified or ongoing procurement procedures  may be delayed or suspended altogether to accommodate dealing with the outbreak. While the initiative of evoking any exceptional measures lies with the public authority, it is also necessary for the bidder-side to be aware of what to expect.

Also, it should be remembered that when considering exceptional measures for this extraordinary situation, any exceptions to the main rules remain just that, exceptions. This means that the more rigorous the measure adopted, the more crucial it is to ensure that the relevant criteria for the derogation are fulfilled, especially as the outbreak progresses and its consequences become more predictable.

Direct awards of contracts on the grounds of “extreme urgency”

First of all, while putting public contracts out to tender remains the main rule, the procurement regulations allow contracting authorities to make direct awards of contracts (i.e. no notice is published and no competitive procedure is undertaken) on the grounds of “extreme urgency”. Although the notion of extreme urgency has generally been construed narrowly, the suddenness and scale of the current outbreak, as well as its impact on the society as a whole, has taken everyone by surprise. Indeed, some national authorities, such as the Swedish National Agency for Public Procurement, have directly stated that the outbreak satisfies the requirements for extreme urgency. Consequently, the COVID-19 outbreak is highly likely to satisfy the requirement for extreme urgency, at least at the beginning of the outbreak.

In responding to the COVID-19 situation, contracting authorities may award direct contracts, as long as the following cumulative conditions are met:

It should be noted that any contracts awarded under this exception should be limited to what is strictly necessary in terms of the subject matter of the procurement, as well as the scope and duration of the contract. In practice, this means that as grounded as the case for “extreme emergency” in general may be from the public authority’s point of view, not all contracts fall within the scope of the exception. A case-by-case analysis of the contract to be awarded and the actual availability of the direct award exception is still warranted.

Unlike for a direct award, there is no express requirement for the situation to be unforeseeable or non-attributable to the contracting authority. It is, however, recommended that the contracting authority sets out a clear justification (i.e. an urgent need resulting from the outbreak of COVID-19) for the accelerated procedure in the notification of the contract. While the accelerated timetables allow for a fast procedure leading up to a signed contract, they also reduce the available time to properly draft and calculate bids. This, in turn, places more stress on the internal processes and quality assurance on the bidder-side.

Extension of deadlines for or suspension of ongoing procurement procedures

In some cases, the contracting authorities have already opted either to extend deadlines for bids or even suspend ongoing procurement procedures altogether. While an extended deadline for bids in general is nothing more than a matter of informing bidders, a suspension of the procedure requires a real and legitimate reason. Factual circumstances related to the COVID-19 outbreak, such as employees of the contracting authority being quarantined or bidders having difficulties delivering offers within the stipulated time limit, are, however, likely to constitute such a justification.

The COVID-19 outbreak and the measures implemented to cope with it, may lead to a situation where already signed contracts need to be extended or modified to a certain extent, for example because it becomes difficult for a supplier to deliver. While public authorities and suppliers should still observe the general rules regarding changes to public contracts, the regulations also provide an exception to the general prohibition of substantial contract changes where an unforeseeable situation in itself justifies contract amendments. The outbreak of COVID-19 may be considered an event which would allow contracts to be modified to take the current situation into consideration, provided that the following requirements are satisfied: 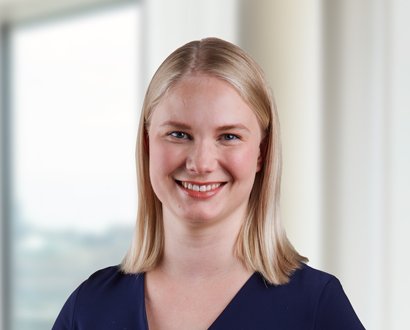