On 27 August the Swedish Government presented its proposed tightened rules on foreign investments through suggested amendments to the Protective Security Act. The act protects activities that are of importance to Sweden’s national security. The amendments would allow the Swedish state to prohibit certain transactions on grounds of “protective security”.

The need for foreign investment control has been on the political agenda for some years, but the turbulence of the COVID-19 crisis, volatile stock markets and strong support of such measures from the European Commission have significantly amplified the sense of urgency.

“Protective security” aims at protection from, for example, sabotage, espionage and terrorism. Activities deemed to be “security-sensitive” are those which are of significance for Sweden’s national security or for an international protective security commitment that is binding on Sweden, irrespective of the operator being the state or a private actor. In addition to military activities, the concept could cover also important infrastructure and services such as airports, powerplants, information systems for electronic communication and health care services.

Under the current regulation, an operator of security-sensitive activities who intends to divest it must notify the Swedish Security Service or the Armed Forces. However, the state cannot intervene against such transactions.

The amendments would, if passed into law, make such interventions possible. An operator who intends to make a divestment would be obligated to first assess the suitability of the acquirer from a security perspective. The operator would then have to initiate a consultation with a “consultative authority”. It is not clear which authority this would be, nor how the procedure of the consultation would look in detail (for example timeframe). What is clear is that the consultative authority would have the power to order the operator to take certain measures in order to make the transaction acceptable from a national security perspective. Furthermore, if such measures are insufficient, the consultative authority would be vested with the power to prohibit the transaction.

According to the proposal, the operator would be obligated to initiate the consultation before commencing the transaction. It is uncertain when a transaction would be regarded as having commenced. Since the acquirer would be an important part of the assessment, however, it would probably not be before it is determined who the intended acquirer is. The transaction may then be carried out when the consultation process has ended.

Sanction system to be included

The proposed amendments will now be reviewed by the Council on Legislation and then presented to the Swedish Parliament. If passed into law, the amendments enter into force on 1 January 2021. 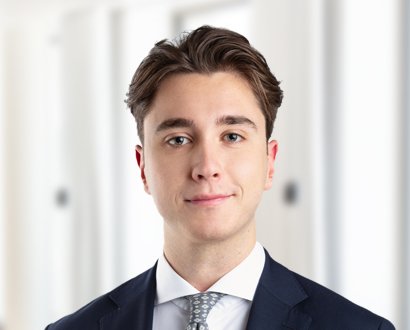