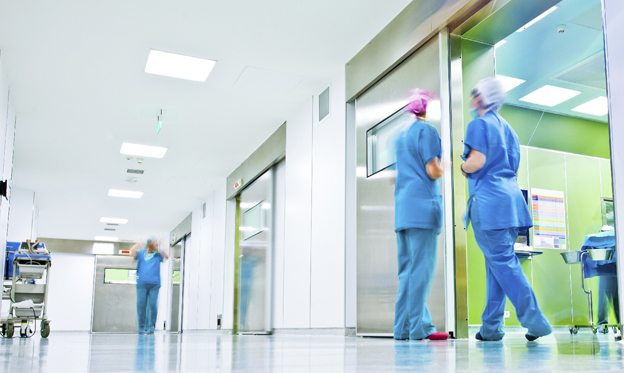 Judgment of the CJEU on off-label use of medicinal products in Hoffmann-La Roche et. al. v. AGCM

On 23 January 2018, the Court of Justice of the European Union (CJEU) handed down its judgments in Hoffmann-La Roche and Novartis v. AGCM (C-179/16). The judgment follows a request for a preliminary ruling from the CJEU on the interpretation of Article 101 of the Treaty on the Functioning of the European Union (TFEU). The Italian Competition Authority (AGCM) had imposed fines on F. Hoffmann-La Roche Ltd and its subsidiary Roche SpA (jointly referred to as “Roche”) and on Novartis AG and its subsidiary Novartis Farma SpA (jointly referred as “Novartis”) on 27 February 2014 due to the conclusion of agreement allegedly contrary to Article 101 TFEU. The AGCM had concluded that the agreement was designed to artificially differentiate the medicinal products Avastin and Lucentis by manipulating the perception of the risks of using Avastin in the field of ophthalmology. Such single and complex horizontal agreement was allegedly implemented through multiple concerted practices, such as joint information and communication strategy on the risks of Avastin’s off-label use. According to the AGCM, the infringement started in 2007 and lasted until the date of AGCM decision.

Both medicines were developed by Genentech, Roche’s subsidiary. The commercial exploitation of Avastin outside the United States had been entrusted to Roche. Novartis had been entrusted with the commercial exploitation of Lucentis in the field of ophthalmology, in which Roche was not active. Under Regulation 726/2004 on laying down Community procedures for the authorization and supervision of medicinal products for human and veterinary use and establishing a European Medicines Agency, the European Commission had granted a marketing authorization (MA) to Avastin for the treatment of certain tumorous diseases. Avastin also had full reimbursement status for those purposes in Italy. In contrast, Lucentis was granted an MA for the treatment of eye diseases being a medicinal product in Italy not having reimbursement status. However, Avastin, which was a cheaper product, was prescribed to be used off-label (other uses than those mentioned in the MA) for the same treatment as Lucentis. Under Italian law, off-label use is accepted, if there is no authorized valid therapeutic alternative for the disease. Accordingly, after Lucentis was granted the MA, Avastin could no longer be used off-label for the treatment of eye diseases.

The main issue in this case was whether the off-label medicinal product, which did not have an MA for the particular use (Avastin) could be considered being substitutable and thus in the same relevant market in light of Article 101 TFEU as an on-label product which had been granted an MA for said use. Additionally, there was a question of whether the parties to a licensing agreement can be regarded as competitors solely based on the agreement and whether the licensing agreement falls outside the scope of Article 101(1) TFEU and the exception under Article 101(3) TFEU.

On the questions of substitutability and relevant market, the CJEU considered that in principle pharmaceutical products manufactured or sold illegally prevents such products from being considered to be part of the same relevant market. Under Article 6 of Directive 2001/83 on the Community code relating to medicinal products for human use, no medicinal product may be placed on the market of a Member State unless an MA has been granted. However, the directive does not prohibit the use of medicinal products for therapeutic indications not covered by the relevant MA. Member States may exclude provisions of the directive, in order to fulfill special needs, if such medicinal products are supplied in response to a good faith and voluntary order of products and prepared according to authorized healthcare professional’s specifications for use by an individual patient under the direct responsibility of a healthcare professional. Such situation may occur only when a doctor considers that the treatment of his individual patient requires administration of a particular medicinal product, which has no authorized equivalent or is unavailable on the national market. As stated previously, this was the case under Italian law.

It follows that EU rules on pharmaceutical products do not explicitly prohibit the off-label prescription of a medicinal product or repacking for such use, when products are in compliance with the set prerequisites. Thus, medicinal products for both on- and off-label use can both in certain circumstances be placed on the same relevant market.

The CJEU concluded that an arrangement put in place between the parties of a licensing agreement regarding the exploitation of a medicinal product, which aims to reduce competitive pressure on the use of the licensed product for treatment of certain diseases, is designed to restrict the conduct of third parties promoting the off-label use. Such arrangement falls within the scope of Article 101 TFEU and is considered a restriction “by object” if two undertakings marketing two competitive products submit misleading information to the European Medicines Agency, healthcare professionals and general public aiming to reduce off-label use. It is only for the MA holder for a certain product to inform about the risks of its medicinal products, not for another undertaking marketing a competing product covered by separate MA. Such arrangement cannot be exempted under Article 101(3) TFEU. It is now for the referring court to decide whether the information provided in fact was misleading.

Following the judgment, parties concluding licensing agreement or making other arrangements in the pharmaceutical sector should be diligent and careful, since they are not excluded from the application of Article 101 TFEU. For example providing misleading information to competent authorities may in fact constitute a restriction “by object” under Article 101 TFEU in light of the CJEU judgment discussed above.