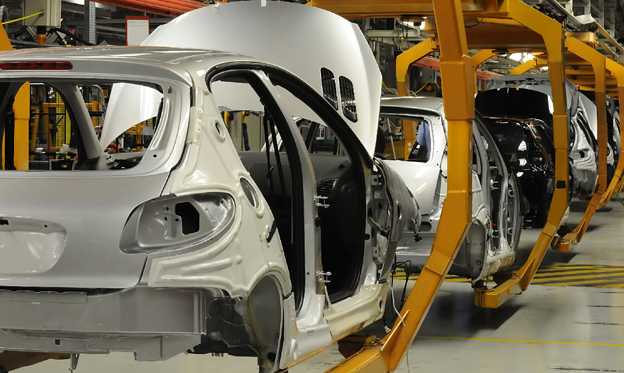 The Market Court of Finland (MAO) handed down its judgment on 9 March 2018 regarding design infringement of wheel rims in Volkswagen AG v. Vannetukku.fi Oy (MAO:141/18).

The German automotive manufacturing company Volkswagen AG (“Volkswagen” or “VW”) had filed a design infringement claim with the Market Court against a Finnish tire and wheel rim seller vannetukku.fi Oy (“Vannetukku”). The case concerned the below wheel rims:

Volkswagen claimed that Vannetukku had infringed VW’s international design registration No. WO DM/079 881-1 designated in the European Union by, inter alia, importing, offering for sale and selling the wheel rim – for which Vannetukku used the title “Fit for VW Reperbahn”.

Vannetukku did not deny the design infringement but claimed that the infringement was not negligent. Vannetukku had ceased the sales of the subject wheel rims and destroyed its remaining stock after becoming aware of VW’s claim. In addition, registered Community Design No. 002649970-0025 owned by Vannetukku’s group company Paalupaikka Oy had been surrendered voluntarily. Vannetukku claimed not having been aware of VW’s prior registration.

Vannetukku had imported 16 pieces of the “Fit for VW Reperbahn” wheel rim: two of them were destroyed in testing, four were test-purchased by VW and eight were sold to Norway. The remaining two pieces were destroyed. According to Vannetukku, the calculatory margin for one wheel rim would be at the most 50 euros, and therefore, Vannetukku admitted EUR 800 for reasonable compensation for the use of the design. However, Vannetukku claimed that the damage claim should be rejected and that there is no need for confirming the infringement or injunction as the use had already been ceased.

The Market Court acknowledged the main rule that in case of a design infringement, the defendant must be prohibited from proceeding with the infringing acts, unless there are special reasons for not doing so. The Market Court pointed out that it had set a preliminary injunction on 15 June 2016 for Vannetukku not to continue the use, sales and marketing etc. of the “Fit for VW Reperbahn” wheel rim under penalty of a fine of EUR 50.000. The preliminary injunction had most obviously affected so that the infringement had not continued. The Market Court considered that there was no special reason not to order the injunction in the main hearing.

According to Finnish Code of Judicial Procedure, the party who loses the case is liable for all reasonable legal costs incurred by the necessary measures of the opposing party, unless otherwise provided by law. If several claims have been made in the same case and some of them are decided in favour of one party and some in favour of the other party, the parties are liable for their own legal costs, unless there is a special reason for rendering a party liable, in part, for the legal costs of the opposing party. As VW’s other claims except for compensation on damages were accepted, the Market Court considered that Vannetukku is liable for VW’s legal costs and the amount of EUR 45.000 for attorney’s fees was considered reasonable in this case.

The Market Court confirmed that Vannetukku had infringed VW’s design and ordered Vannetukku not to continue the infringement. The Market Court obliged Vannetukku to pay Volkswagen reasonable compensation of EUR 800 for the use of the design as well as legal fees of EUR 47.283,09, consisting of expenses of EUR 2.283,09 and reasonable attorney fees of EUR 45.000. The claim for compensation for damage caused by the infringement was dismissed.

Please note that this judgment is not yet final – the due date for requesting permission to appeal and preparing the appeal expires on 8 May 2018.