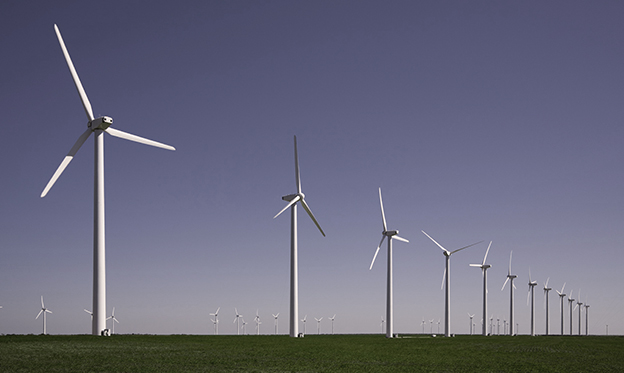 We attended the Vaasa Wind & Energy Exhibition on 19 March 2019, which provided food for thought. Below are some of the highlights and thoughts of ours from that day.

In their presentations during the Vaasa Exhibition, the Energy Authority shed further light on the subsidy auction, which closed in December 2018. In general, all bids were carefully prepared, and despite some requests for additional information being required, the participants cooperated and provided quality documents in a timely manner.

The Authority stated that they intended to publish the results today, Wednesday 27 March. The Energy Authority’s press release and information on the accepted and rejected offers can be found here. All the bids were for wind power and seven (7) out of the 26 offers were accepted. The total accepted annual production is 1.36 TWh, which is a bit under the 1.4 TWh that was available. The average price of the bids for the winning projects was EUR 2.49 per MWh and the accepted bids lay between EUR 1.27 and EUR 3.97 per MWh.

The possibility of new rounds of auctions was discussed shortly, but with the Finnish Parliamentary elections to be held on 14 April 2019, the future of the Finnish wind power market is still unknown. Currently, new rounds of auctions seem unlikely, as the outlook review for a carbon-neutral Finland published by the Ministry of Economic Affairs and Employment on 6 March 2019, outlines that the wind sector no longer needs subsidies. The decision is, however, political. Indeed, the impact of political decision-making on the stability of the market seems to be the main challenge for wind power in Finland.

The new government to prepare the National Climate and Energy Plan

Some stability in policy-making may be expected from the EU’s Clean Energy for All Europeans package, which requires member states to submit their ten-year “integrated national energy and climate plan” (“National Plan”) by 31 December 2019. One of the National Plan’s aims is to take long-term, predictable measures to promote investments that contribute to a low-carbon society. This National Climate and Energy Plan for 2030 will have to include national targets, contributions, policies and specific measures concerning all five dimensions of the EU’s Energy Union: decarbonisation of the economy (including renewable energy), energy efficiency, energy security, the internal energy market and research, innovation and competitiveness. The new Finnish government to be elected will have to continue to work on the draft National Plan, which is based on the existing National Energy and Climate Strategy for 2030 and decide on concrete measures to be taken.

While preparation has begun on the Finnish National Plan, Wind Europe reminded all market participants at the Wind & Energy Exhibition to be active when Member States, including Finland, are expected to consult stakeholders during the further preparation of the National Plans.

Meanwhile, the market’s solution to this uncertainty has been corporate power purchase agreements (PPAs), which are becoming more common on the Finnish market, and which can take many forms depending on the parties, their ability to carry risk, and their financing.

Some speakers at the Vaasa Wind & Energy Exhibition suggested the possibility that these long-term agreements may disrupt the market, as under the PPAs fixed energy prices are not based on market price but on varying forecasts. This leads to the energy prices under the PPAs ranging from very high to very low, and they can be sometimes quite unbalanced between different parties.

As the Energy Authority’s speaker said, a few years back a Finnish pipeline full of market-based wind power projects would have sounded unbelievable. Subsidies had a jump-start effect on the Finnish wind power sector. It remains to be seen whether the wind power sector will now continue its growth led by the market itself, or if the new Finnish government will decide to provide targeted subsidies, for example, to offshore wind power, or further accelerate the transition to renewables by ensuring stability for investors via other political means.

More Background to the technology neutral energy subsidy auction can be found in Finnish in the press release published by the Energy Authority in January 2019, 26 bids were submitted to the new subsidy auction for renewable energy, all of which were for wind power. The combined annual energy production of all tenders was just over 4 TWh, and only 1.4 TWh could be accepted into the scheme. Please also take a look at our article on preparing for the auction, which we published in August 2018.