The Finnish government has published a government proposal to the Parliament amending the taxation on indirect real estate investments by foreign investors. The government proposal does not differ substantially from the draft proposal issued on 3 August 2022, but the opinions received from, among others, the Finnish Bar Association, have led to certain improvements.

Currently, under the domestic tax legislation, Finland is entitled to tax capital gains of a non-resident taxpayer received from the sale of real estate located in Finland or from the sale of shares in a Finnish housing company or other limited company or cooperative.

A non-resident taxpayer can only be subject to such taxation upon a sale if more than 50 percent of its total assets consist of one or more properties located in Finland. This may however be restricted in tax treaties and it may vary between tax treaties. For example, the Nordic Tax Treaty requires that more than 75 percent of the company’s assets consists, directly or indirectly, of real estate located in another contracting state.

Going forward, according to the government proposal, Finland would also have the right to tax capital gains of a non-resident taxpayer in situations where a company owning real estate in Finland is owned indirectly through a holding company. The new legislation would be applied irrespective of whether the holding company is Finnish or foreign. The fair market value of the assets is used when calculating the seller’s total assets and share of ownership.

The proposed amendment would have effects on certain of Finland’s tax treaties. When ratifying the Multilateral Convention to Implement Tax Treaty Related Measures to Prevent Base Erosion and Profit Shifting (the MLI), Finland made a reservation to Article 9, which mainly concerns the profit obtained from a transfer of shares that derive their value from real estate.

In practice, Finland’s oldest tax treaties do not allow for the taxation of indirect disposals. Therefore, to the extent that the tax treaties entered into with Finland’s contracting parties have not been updated, the new amendment to the legislation would not have an immediate effect on the investments made from those countries. Such contracting parties include, among others, the Netherlands, Argentina, Belgium, Italy, Austria, Luxembourg and France. As these old tax treaties are very beneficial for real estate investments in Finland, depriving Finland of the right to tax disposals of shares in real estate holding companies and overruling the contemplated changes, it is possible that Finland would renegotiate these tax treaties in order to cover real estate portfolio investments made from these countries as well.

The Ministry of Finance extended the exemption for entities that are listed on a “recognized stock exchange market” to cover shares in publicly listed companies referred in Section 33(a)(2) of the Finnish Income Tax Act.

The proposed exemption will apply to companies whose shares are subject to trading on (i) the regulated market referred to in the Finnish Financial Instruments Trading Act; (ii) another regulated and authority-supervised market outside the European Economic Area; or (iii) in the multilateral trading facility referred to in the Financial Instruments Trading Act, provided that the shares have been admitted to trading via the company’s application or with its consent. The proposed provision would also include a reference to other similar entities, in which case the exemption would also cover traded instruments other than shares.

We are currently carefully monitoring the progress of the government proposal in the Parliament. We would be happy to discuss the new rules and their potential effects on your tax position in Finland.

Read the government proposal (in Finnish) 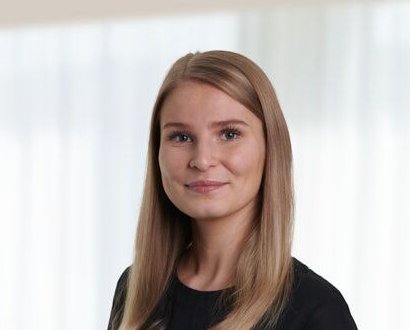