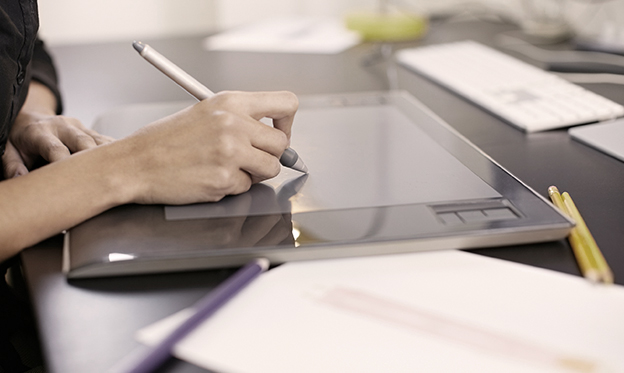 Prerequisites for Measures for Preserving Evidence in IPR Cases Clarified

In a recently rendered precedent, the Finnish Supreme Court clarifies part of the prerequisites for precautionary measures for preserving evidence under the Finnish Act on Preserving Evidence in Industrial Property Rights and Copyright Matters (the “APE”, FI: Laki todistelun turvaamisesta teollis- ja tekijänoikeuksia koskevissa riita-asioissa). In addition to the prerequisites for preservation of evidence, the Supreme Court ruled on the applicant’s right to get access to the evidence that has been preserved pursuant to the APE—unfortunately in a way that creates more concerns than clarity.

The case KKO 2019:10 before the Supreme Court was about a patent holder’s application for preservation of certain accounting materials and customer information by copying such materials stored in the defendant’s archives and information systems.

In its decision, the Supreme Court addressed the following prerequisites for precautionary measures to preserve evidence:

With regard to the danger requirement, the Supreme Court stated that the APE does not require the danger of destruction of the evidence is apparent or likely. A mere claim of a danger is sufficient if the claimed danger is not impossible or highly improbable. On these grounds, the Supreme Court overturned the Market Court’s decision to dismiss the application with regard to accounting materials because it is easily destroyable. The Market Court had ruled that the statutory retention obligations made it highly improbable that the evidence would be destroyed.

When assessing the applicant’s right to access the evidence the Supreme Court applied Section 7 a APE, which is the Finnish implementation of Article 8 of Directive 2004/48/EC (the “Enforcement Directive”), and the Code of Judicial Proceedings that provides for a right to refuse testifying on trade secrets. The Supreme Court found that the evidence it ordered to be preserved was important for securing the applicant’s opportunity to pursue his infringement case against the defendant. Furthermore, the preserved evidence was limited to evidence concerning the infringing products (the defendant had not disputed the infringement). Thus, there was no risk that the defendant’s trade secrets would be disclosed to the applicant more broadly than what was necessary for securing proper examination of different elements of the infringement at hand. Therefore, the Supreme Court found that no imbalanced harm would be caused to the defendant from granting the applicant’s representatives and counsel a right to access to the evidence.

The Supreme Court’s reasoning on the meaning and significance of the evidentiary value of the evidence to be secured confirms that the legal state correspond to what one that could be expected on the basis of the wording and preparatory works of the APE.

The most important takeaways from the Supreme Court’s decision, however, concern the balance of interests and right to access the evidence subject to a precautionary measure. First, the right to access the evidence needs to be requested and assessed separately from actual precautionary measures. This has not been clear based on the APE or earlier, rather scarce case law on its application. Furthermore, according to the Supreme Court, the assessment of the balance of interest follows this same two-stage approach. This indicates that the balance of interests should not prevent a court from ordering precautionary measure to preserve evidence very often—at least if only copying of the evidence is requested. These parts of the Supreme Court’s decision give very helpful guidance for future application of the APE.

In contrast, the Supreme Court’s conclusion that Section 7 a APE and Article 8 of the Enforcement Directive would govern the applicant’s right to access the evidence that has been preserved by a precautionary measure is, in my opinion, an unfortunate misinterpretation of that provision. With that respect the decision creates more uncertainty than clarity.

The wording, preambles and structure of the Enforcement Directive as well as the wording, preparatory works and structure of the APE all support the conclusion that Section 7 a APE does not regulate this issue at all. It seems clear that it provides an additional, independent remedy that IPR holders may utilize when claiming damages or trying to enforce their rights against infringers on different levels of a supply chain.

Section 7 a APE, like Article 8 of the Enforcement Directive, concern the right holder’s possibility to the following information on the origin and supply chain of the infringing products or services: 1) the name and address of different actors in the supply chain, and 2) information on quantities and prices of infringing products or services. Furthermore, the wording and preparatory works of Section 7 a APE suggest that this right of information concerns only circumstances where an infringement has already been found in infringement proceedings. In addition, pursuant to Article 8 of the Enforcement Directive an order to disclose information may be given also against certain other parties than the defendant that has already been found to infringe the claimants IPR.

Section 7 a APE does not make any reference to the evidence preserved pursuant to Sections 1 to 5 APE (neither does Article 8 of the Enforcement Directive refer to Article 7). In many cases the evidence that has been seized or copied by the bailiff contains a lot of other information than just information on the supply chain and commercial scope of the infringement, most notably evidence on technical elements of the alleged infringement. Thus, if Section 7 a APE was meant to regulate the applicant’s access to the evidence preserved by the bailiff it would be seriously defective as it does not address access to evidence on technical elements of an infringement.

For the above reasons it is, in my opinion, clear that Section 7 a APE does not regulate the applicants access to the evidence secured by the bailiff but provides intellectual property right holders an additional, independent remedy. This remedy is necessary to enable a right holder to gain information on the supply chain and the commercial scope of an infringement. This allows him to pursue damages claims and direct further enforcement actions against other parties in the supply chain of the infringing products.

This conclusion is further supported by the preambles and structure of the Enforcement Directive. Preamble 20 concerns measures to ensure that necessary evidence is available for establishing the infringement of an intellectual property right, including precautionary measures to preserve evidence. That preamble and Articles 6 and 7 of the Enforcement Directive respectively encompass also commercial information. The preamble states: “For infringements committed on a commercial scale it is also important that the courts may order access, where appropriate, to banking, financial or commercial documents under the control of the alleged infringer“.

Although the Supreme Court’s misinterpretation of Section 7 a APE does not seem to have caused any harm to the applicant who requested access to commercial documents, it may potentially do so in future cases where the evidence is needed to establish whether the goods in question infringe the applicant’s IPR or not. Access to this kind of evidence does not seem to have been a problem in earlier, publicly available Finnish cases where a precautionary measure to preserve evidence has been granted. However, the Supreme Court’s decision could, at the worst, be used as an argument against the right holders’ right to get access to this kind of crucial evidence.

As said the evidence listed in Section 7 a APE does not include evidence that is needed to establish whether the allegedly infringing goods actually infringe the applicant’s IPR or not. Thus, the Supreme Court’s decision makes one ask whether the applicant has a right to access also this kind of evidence and not only the commercial information explicitly mentioned by Section 7 a APE?

A negative answer to the above question would obviously frustrate the whole purpose of the APE: precautionary measures to preserve evidence are meant to enable right holders to sue infringers for infringement of their IPR. Therefore, a court facing the above question would have two principal options to ensure the high level of protection required by the Enforcement Directive.

First, the court could follow the Supreme Court’s footsteps and further distance the interpretation of Section 7 a APE from its wording, and apply the provision also to such evidence that has not been mentioned in it. For obvious reasons this would not be a very good solution.

Second, the court could conclude that the Supreme Court’s approach is misguided and determine the applicant’s right to access the evidence taking the purpose of the APE as the starting point. In such assessment, the court could seek guidance e.g. from the Supreme Court’s reasoning in another recent concerning a party’s obligation to disclose evidence in civil proceedings, KKO 2019:7. 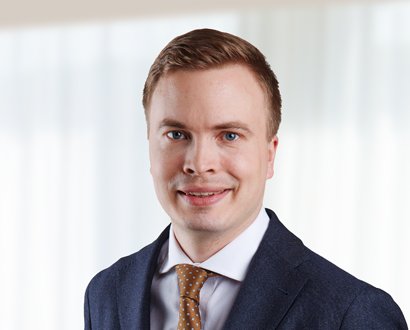