According to a recent ruling by the Court of Justice of the European Union, an EU trademark proprietor may be able to bring an infringement action in EU Member State A against a third party, who advertises or offers identical or similar goods online using an identical EU trademark, even though the third party took the decision to offer or advertise the goods in EU Member State B. This ruling is a good reminder that the jurisdiction depends on whether the online advertisements etc. were directed to the local target group.

The Court of Justice of the European Union (CJEU) recently issued a preliminary ruling (case C-172/18, judgment issued on 5 September 2019) concerning the jurisdiction of EU trademark infringement proceedings. The case concerned offering or advertising identical or similar goods online using an EU trademark. The CJEU ruled that, in spite of the alleged online infringer having taken the decision to offer or advertise the goods in Spain, this did not prevent the proprietor of an identical EU trademark from bringing an infringement action in the UK if the advertisements and offers were directed to consumers or traders located in the UK.

The parties in the case were (i) the UK company AMS Neve Ltd, its trustee Barnett Waddingham Trustees and the director of AMS Neve (the complainants); and (ii) the Spanish company Heritage Audio SL and its director (the defendants). Heritage Audio sells and supplies audio equipment.

The complainants brought an action before the Intellectual Property and Enterprise Court in the UK against the defendants for infringement of the EU trademark “1073”. The trademark is registered mainly for various sound recording, mixing and processing apparatus and instruments in class 9. BW Trustees and its director are the proprietors of the said EU trademark while AMS Neve is the trademark’s exclusive licensee. Additionally, the complaint was based on an infringement of two UK trademarks of which BW Trustees and its director are also the proprietors.

The complainants alleged that the defendants had offered for sale and advertised to consumers in the UK imitations of AMS Neve’s goods which bore an identical or similar sign to the EU and UK trademarks. According to Article 97(5) of EU Trademark Regulation No. 207/2009, proceedings in respect of infringement actions (with the exception of non-infringement of EU trademarks) “may also be brought in the courts of the Member State in which the act of infringement has been committed or threatened…” This provision is identical in substance to Article 125(5) of current EU Trademark Regulation No. 1001/2017. The defendants pleaded that the court had no jurisdiction, since they had not themselves advertised or sold the goods in the UK, had not appointed a distributor for the UK and the content on Heritage Audio’s website and Facebook and Twitter accounts was obsolete by the time of the period covered by the infringement action.

The Intellectual Property and Enterprise Court considered that, as far as online advertising and offers are concerned, the correct court is that with jurisdiction over the place where the alleged infringer decided to place the advertisement or offer products for sale and took steps to give effect to that decision. Since the defendants took steps to give effect to their decisions in Spain and the infringement action was brought in the UK, the court found that it did not have jurisdiction.

The complainants filed an appeal with the Court of Appeal (England & Wales) (the referring court), which decided to stay the proceedings and referred the matter to the CJEU for a preliminary ruling. The first element of the question reads as follows: “In circumstances where an undertaking is established and domiciled in Member State A and has taken steps in that territory to advertise and offer for sale goods under a sign identical to an EU trade mark on a website targeted at traders and consumers in Member State B: (i) does an EU trade mark court in Member State B have jurisdiction to hear a claim for infringement of the EU trade mark in respect of the advertisement and offer for sale of the goods in that territory?” The referring court’s question also contained two other elements but since the CJEU did not respond to those, they are not explained here.

Considerations of the CJEU

The CJEU went to great lengths to explain, for instance, the different jurisdictional provisions of the EU Trademark Regulation and the CJEU’s earlier relevant case law. In principle, Article 97(1) (currently 125(1)) of the EU Trademark Regulation requires that an EU trademark infringement action be brought in the EU Member State where the defendant is domiciled. However, the CJEU pointed out in paragraph 41 that, as is already evident from the wording of the provision, Article 97(5) is an alternative to the general rule and allows the complainant to bring an infringement action in another Member State if the infringement of the EU trademark were “committed or threatened” in that country. The complainant is not entitled to bring an action in both the Member State where the defendant is domiciled and the Member State where the infringement was allegedly committed or threatened.

As for whether the advertising or offering for sale displayed electronically is actually directed to consumers or traders in a particular Member State, the CJEU referred to its earlier judgment from 2011 (case C-324/09, L’Oreal). This question must be assessed by the national court on a case-by-case basis. Thus, the CJEU instructed the referring court to decide whether the online advertising and offering for sale were targeted at consumers or traders situated in the UK and were entirely accessible by them. However, the CJEU highlighted certain criteria which might be of assistance in the national assessment:

Finally, the CJEU found that Article 97(5) of the EU Trademark Regulation is lex specialis in comparison to Article 5(3) of the earlier so-called Brussels Regulation. The latter article permits the proprietor of a national trademark right to bring an infringement action in “the place where the harmful event occurred.” The CJEU summarized (in para 57) the EU case law which allows the complainant to bring an infringement action in the Member State where the national mark is registered. Nonetheless, the CJEU concluded that the interpretations of these provisions must have a degree of consistency to minimize the number of simultaneous cases brought in different Member States between the same parties and the same territory (para 59). If Article 97(5) were interpreted in a different manner than Article 5(3), it would lead to infringement proceedings between the same parties in different Member States, one type of proceedings based on infringement of an EU trademark and the other type of proceedings based on infringement of a national trademark.

To sum up, the CJEU gave the following preliminary ruling: “Article 97(5) of Council Regulation (EC) No 207/2009 of 26 February 2009 on the [European Union] trade mark must be interpreted as meaning that the proprietor of a European Union trade mark who considers that his rights have been infringed by the use without his consent, by a third party, of a sign identical to that mark in advertising and offers for sale displayed electronically in relation to products that are identical or similar to the goods for which that mark is registered, may bring an infringement action against that third party before a European Union trade mark court of the Member State within which the consumers or traders to whom that advertising and those offers for sale are directed are located, notwithstanding that that third party took decisions and steps in another Member State to bring about that electronic display.”

Reflections on the judgment

The CJEU’s judgment is a good summary for those seeking further information about the jurisdictional issues relating to the EU Trademark Regulation. The preliminary ruling itself is in line with the earlier case law of the CJEU. A ruling that a national court in Member State A would not have jurisdiction simply because the defendants took the steps in Member State B to give effect to their decision of online advertising and offering for sale would have considered the matter from a purely formalistic perspective.

The issue of whether the national court has jurisdiction cannot be resolved by asking the simple question: “Is the suspected infringer domiciled in another EU Member State?” or “Can the suspected infringer’s website be accessed by consumers of my own EU Member State?” When the national court is determining whether it has jurisdiction or not, that court should assess whether the online advertising and offering for sale are directed to consumers or traders located in a particular Member State. The CJEU’s earlier thoughts in L’Oreal (in paragraphs 63-65 of case C-324/09) from 2011 give guidance on that matter. Also, while the CJEU’s preliminary ruling itself in this case is limited to concern only identical EU trademarks, the reason for this is the question formulated by the referring court.

Finally, if nothing else, the CJEU’s judgment is a good reminder to check the EU’s translation of the applicable provisions of EU law: in this case, the Finnish translation of Article 97(5) (and its corresponding provision Article 125(5) in the current EU Trademark Regulation) is narrower and reads “sen jäsenvaltion tuomioistuimissa, jonka alueella loukkaustoimi on tapahtunut” whereas the English version (“in the courts of the Member State in which the act of infringement has been committed or threatened“) gives a broader scope of application; the Swedish language version (“vid domstol i den medlemsstat i vilken intrång redan förekommer eller i vilken det finns risk för intrång“) is in line with the English version. 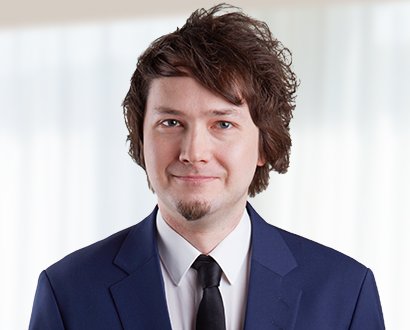