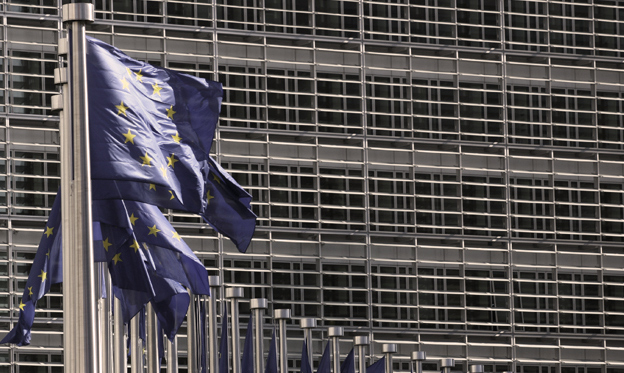 On 20 December 2017, the Court of Justice of the European Union (“CJEU”) handed down its judgment (C-291/16) on the exhaustion of a global trademark Schweppes. The case related to the importation of goods bearing the trademark from the UK to Spain by a third party.

The Schweppes trademark has parallel proprietors across the EEA due to earlier business transactions. After the transactions, the Schweppes trademark has been owned in parallel by Schweppes International Ltd and The Coca-Cola Group (“Coca-Cola”) and had also been licensed by various operating companies. The ownership of the mark is divided geographically so that Coca-Cola is the trademark owner in, e.g., the UK, Ireland, Iceland, Greece and Russia, whereas Schweppes International Ltd is the trademark owner in the Nordic countries, most Central European countries and, e.g., Spain. However, the labels of the Schweppes goods cannot be easily distinguished, making it difficult for an average consumer to separate the trademarks and their owners from each other.

Red Paralela SL and Red Paralela BCN SL (jointly referred to as “Red Paralela”) imported goods bearing the Schweppes mark to Spain based on their assumption on trademark exhaustion. According to earlier case law in the EU (see e.g. C-9/93, C-323/09, C-19/84 or C-10/89) trademark exhaustion may apply if there is a legal and economic link between, e.g., a manufacturer and a distributor. Schweppes SA claimed that the exhaustion would not apply in this case.

In this case, it was for the CJEU to decide if the multi-nationally registered trademark Schweppes, owned by parallel trademark proprietors, was exhausted, i.e. if trademark owners’ exclusive rights could no longer be upheld. Schweppes, Schweppes International and their parent company Orangina Schweppes Holding BV claimed that a preliminary ruling should not have been given inter alia based on unjustifiability and abstract nature of the questions referred to the CJEU.

Red Paralela based its reasoning regarding exhaustion of the trademark rights on claiming that there were legal and economic links between Schweppes International and Coca-Cola. One indicator of such connection between the aforementioned parties was considered to be the promotion of a global trademark, and therefore, evaluation of relevant actions taken was considered important in the judgment.

It should be noted that it is prohibited to set quantitative restrictions on imports and exports between the Member States under the treaty on the Functioning of the European Union (“TFEU”). However, according to Article 36 of the TFEU, it is not precluded to prohibit or restrict on imports, exports or goods in transit justified by legitimate reasons, such as industrial and commercial property. However, such prohibitions or restrictions cannot “constitute a means of arbitrary discrimination or a disguised restriction on trade between Member States.”

According to the judgment, for Article 7(1) of the Directive to approximate the laws of the Member States relating to trademarks (2008/95/EU), read in light of Article 36 TFEU should be interpreted to preclude the trademark proprietor from opposing the import of goods bearing identical marks, one or more of the following elements were required to be met:

“[…] 1) the proprietor has promoted a global trade mark image associated with the Member State of origin of the goods whose import it seeks to prohibit;

2) the proprietor and the third party maintain a coordinated trade mark strategy deliberately promoting, throughout the EEA, the appearance or image of a single global trade mark;

3) the single global trade mark image thus provided gives rise to confusion on the part of the average consumer as to the commercial origin of the goods bearing that mark;

4) the proprietor and the third party maintain close commercial and economic relations, even if, strictly speaking, there is no dependency between them regarding the joint exploitation of the mark; or

5) the proprietor has expressly or tacitly agreed that the same goods as those whose import it seeks to prohibit may be imported into one or several other Member States where it still holds trade mark rights.”

The abovementioned Article 7(1) restricts trademark owner’s right to prohibit trademark use if the goods are put on the internal market under the trademark by the proprietor or with the proprietor’s consent. However, these prohibitions are not be applicable if legitimate reasons to oppose further commercialization of the goods exist (Article 7(2)).

In its judgment, the CJEU dealt with the definition of close economic and commercial links concerning the joint exploitation of Schweppes mark. Such link might be established by and between, e.g., 1) a manufacturer and its distributor, 2) a licensor and its licensee, or 3) companies belonging to the same corporate group according to advocate general Mengozzi. The judgment follows Mengozzi’s conclusion. If there is a possibility for a party to monitor and control the quality of the goods, an economic link is likely established. According to the CJEU, if close economic and commercial connections are established by distributing goods, the distribution could be conducted by any company under the same corporate structure. Even if the goods are put on the market in different countries, the evaluation assess the aim of the parties, i.e. if their actions promote a global brand. It also was relevant for the case to assess if Schweppes corporate and Coca-Cola had promoted the Schweppes mark by not prohibiting the other party from using very similar, if not identical, labels in their goods on the market.

The CJEU ruled that there were no grounds for preventing the import. Hence, Article 7 of the Directive to approximate the laws of the Member States relating to trademarks, read in the light of Article 36 TFEU, must be interpreted as precluding the proprietor of a national trade mark from opposing the import of identical goods bearing the same mark originating in another Member State in which that mark, which initially belonged to that proprietor, is now owned by a third party which has acquired the rights thereto by assignment, when, following that assignment,