Looking past Christmas and New Year, corporate lawyers already see the next season of festivities looming – the 2019 Annual General Meetings of listed companies. The run-up towards the 2019 AGM season has been marked by anticipation of the EU’s Second Shareholder Rights Directive (SHRD II), but SHRD II should not be the sole focus this season. On top of SHRD II, we are looking at updated ISS guidelines, changes in Euroclear’s yield payment and registration dates, new corporate governance recommendations by the Norwegian Oil Fund, and forthcoming updates to Ilmarinen’s ownership policy.

The Government Bill on the implementation of the EU’s Second Shareholder Rights Directive ((EU) 2017/828, “SHRD II”) was submitted to Parliament on 13 December 2018. The Government Bill will amend the Companies Act and the Securities Markets Act, among others. Most of the amendments, apart from e.g. those concerning the remuneration of the Board and CEO and related mandatory policy and reporting updates, are proposed to enter into force on 1 April 2019, in other words, in the middle of the 2019 AGM season.

The most important provisions concerning General Meetings are those that concern remuneration policies and conflicts of interests in related party transactions. Other proposed amendments concern identification of shareholders and transparency requirements for, e.g., institutional investors and proxy advisors.

Below we will focus on what to expect in the 2019 AGM season. We plan to publish a more comprehensive brief on SHRD II once the Government Bill has been approved by Parliament, currently expected in early March 2019.

Remuneration policies. According to the Government Bill, listed companies must present a policy concerning the remuneration of the Board and CEO to the Annual General Meeting for approval at the latest in the AGM occurring after 1 January 2020. Thus, there is no obligation to present the remuneration policy to the AGM in 2019 even if the AGM is held after 1 April 2019.

To stir additional confusion, the decision by the Annual General Meeting is proposed to be consultative, which in itself is a new concept in Finnish corporate law. Although more or less informal proclamations by shareholders to General Meetings or the Board have been done before, there are no precedents, for instance, regarding the liability of the Board in relation to a consultative decision on the remuneration policy or the shareholders’ right to contest the decision in court.

Considering the obvious legal uncertainties surrounding the proposed provisions on remuneration, we recommend waiting until Parliament has determined the wording of the amendments to the Companies Act and not introducing a remuneration policy on the agenda of the AGM in 2019.

Conflicts of interests. The Government Bill proposes that, depending on the matter in question, a majority or qualified majority of disinterested directors or shareholders will be required to approve related party transactions that are concluded either outside the company’s ordinary course of business or not on arm’s-length terms. The Government Bill distinguishes between the related parties of the company and those of the Board members or the CEO, and it is not always clear what relations become relevant in individual cases.

Corporate events carved out from the scope of the new regulation include General Meeting decisions on share issues and issues of special rights entitling the holder to shares (and related authorizations), distributions of assets, reductions of share capital, acquisitions or redemptions of one’s own shares, mergers, demergers, and liquidation. In addition, election of Board members as well as the remuneration of the Board and CEO are considered to be part of the ordinary course of business, and thus not in the scope of the regulation. Despite carve-outs, there remains considerable ambiguity as to what would, in practice, constitute a related party transaction under the new regulation. For example, amendments of Articles of Association have not been carved out, apparently leading to the conclusion that a related party shareholder might be conflicted to vote on such amendments in some situations.

We anticipate that, instead of AGMs, the new provisions concerning conflicts of interests of shareholders will be more relevant in relation to EGMs that decide on specific transactions or corporate restructurings. Defining what exactly lies outside a company’s ordinary course of business, or what constitutes “not on arm’s-length terms”, will be difficult. Further, recognizing a related party relationship, the definition of which is based on IAS 24, may sometimes be an issue in practice.

Updates to the ISS proxy voting guidelines will be effective in General Meetings on or after 1 February 2019. The notable changes this year are:

The maximum size of share issue authorizations decreases. The change that was announced last year kicks in during the 2019 AGM season. ISS recommends voting in favor of general issuance authorizations concerning rights issues up to 50 per cent of the company’s issued shares, and up to 10 per cent concerning directed share issues. Previously, the maximums were 100 per cent and 20 per cent, respectively.

Stricter requirements for Board and audit committee member independence. The change that was also announced last year now enters into force in earnest. ISS recommends voting against the election or re-election of any non-independent directors (excluding the CEO), if fewer than one-third of all board members would be independent. For widely-held non-controlled companies, there is an additional threshold: at least 50 per cent of Board members elected by shareholders (excluding employee representatives) must be independent. In addition, ISS has introduced stricter requirements for the independence of audit committee members and chairman, but it remains to be seen in practice how these requirements would be implemented by ISS.

Euroclear’s transmission to TARGET2 impacts those dates of General Meetings that derive from Euroclear’s rules or decisions by harmonizing the dates on which payment orders can be recorded at a European level (“Target Days”). However, the statutory General Meeting dates provided in the Companies Act, most importantly the record date for General Meeting attendance, remain unaffected by TARGET2.

The TARGET2 transmission must be observed when calculating three essential AGM dates:

The Government Pension Fund Global of Norway, also known as the Norwegian Oil Fund, has issued new corporate governance recommendations in three position papers published in October 2018. The three position papers concern industry expertise on the Board, separation of Chairperson and CEO, and the time commitments of Board Members. The most interesting position paper is the one concerning industry expertise on the Board, where the Norwegian Oil Fund expresses the view that a majority of independent Board members should have fundamental industry insight, and at least two of the independent members should have worked in the industry. The two other position papers appear to be generally in line with existing Finnish corporate governance recommendations. 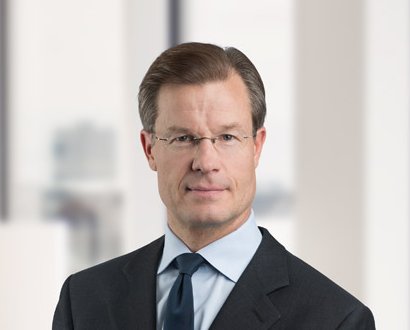 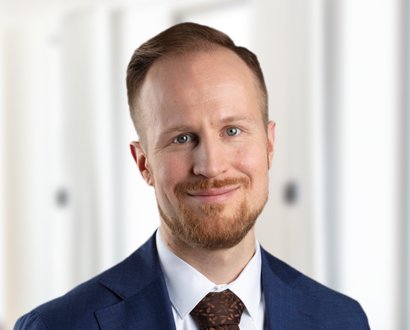