As from 1 October 2022, agency workers engaged to work in the same operating unit for 24 months during a period of 36 months must be offered permanent employment with the entity engaging the agency worker. Alternatively, it is possible to pay financial compensation to the agency worker instead. The new requirement will increase the engaging entity’s administrative burden in terms of keeping track of the agency workers time of engagement and potential terminations, as well as potential costs. Further, the proposed changes will likely trigger changes in the way agency companies operate, how their agreements are structured and how their services will be used.

As a result of the politically-agreed reforms to Swedish employment legislation, the Swedish Agency Work Act (Sw. lag om uthyrning av arbetstagare) has been amended, the new provisions having entered into force on 1 October 2022.

The reform has been influenced by and aims to further implement the EU Directive on temporary agency work  in line with recent EU case law, reflecting a strengthened principle of equal treatment as well as the right to obtain employment with the engaging entity. Thus, the legislation provides protection for the benefit of agency workers, although deviations from the new requirements may be agreed upon in a collective bargaining agreement at main organizational level (i.e. Svenskt Näringsliv, TCO, SACO and LO).

The Agency Work Act applies to agency work and not consultancy work in general. The changes to the legislation will likely entail that, to a greater extent than before, entities that engage agency workers must assess whether different types of engagement of external personnel are covered by the Agency Work Act.

An entity that engages agency workers in the same operating unit for at least 24 months during a period of 36 months must offer the agency worker permanent employment at the entity. The offer must be made within one month from the expiry of the aforementioned time limit.

According to the preparatory works relating to the legislation, one week is normally considered a reasonable period of time to consider an offer, although this is dependent on the particular circumstances of the case.

It is not a requirement that the position of permanent employment is a full-time position and the salary offered does not have to match the remuneration the employee has earned as an agency worker, and can, thus, be adjusted. The engaging entity is also allowed to impose certain undertakings on the employee in the employment contract (e.g. non-solicitation and confidentiality undertakings).

However, the engaging entity cannot offer terms and conditions that are intended to induce the agency worker to turn down the offer of employment.

The new requirement does not alter the right for the employer to determine how the business operations ultimately should be conducted, and nothing in the legislation prevents the employer from terminating an employee, who has been employed in accordance with the legislation, on the grounds of redundancy.

The normal rules regarding termination of employment still apply, which, among other things, would include a requirement to offer the employee any vacant position for which the employee is sufficiently qualified. Further, the normal order of priority (Sw. turordning) applies, which in general entails that, in many situations, the former agency worker (now employee) would be regarded as the last person to be employed. As always, previous employment with the employing entity would need to be considered when determining the time of employment.

Compensation instead of employment

Alternatively, the engaging entity can offer the agency worker financial compensation instead of permanent employment. Such compensation must correspond to two months’ salary (or three months’ salary according to some collective bargaining agreements) and be provided at the same time as the permanent employment should have been offered, i.e. within one month of reaching the 24-month time limit of the agency worker’s engagement.

As the engaging entity’s obligation to offer employment is fulfilled after one offer, it is reasonable to assume that the engaging entity would be considered to have fulfilled its obligation in full after the compensation has been paid to the agency worker. Thus, even if the agency worker continues to be engaged by the engaging entity, or is engaged by the same entity again at a later stage, no further compensation would be payable. However, this is not expressly stated in the preparatory works and, hence, at this time it is difficult to say with any degree of certainty that this would be the case.

If the engaging entity fails to comply with its relevant obligations, the agency worker is entitled to seek damages from the entity. Further, if the agency worker is a member of a trade union with which the engaging entity is bound by a collective bargaining agreement, consultations must be initiated within four months, unless a shorter period of time is agreed upon in the collective bargaining agreement.

Any court proceedings must then be initiated within four months of the conclusion of the negotiations. However, in the absence of a collective bargaining agreement, or if the agency worker is not a member of a trade union, court proceedings must be initiated within four months from the latest date by which the engaging entity should have made the offer of employment to the worker or provided the financial compensation (i.e. 30 days after 24 months’ engagement).

In general, we recommend the following action points:

We hope that you find this article helpful. Please do not hesitate to contact us for advice tailored to your organization. 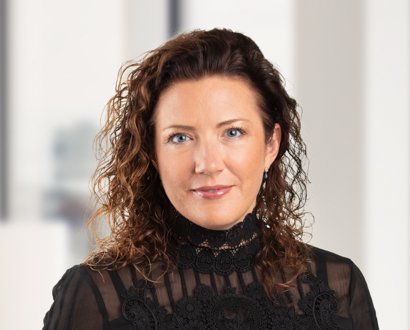